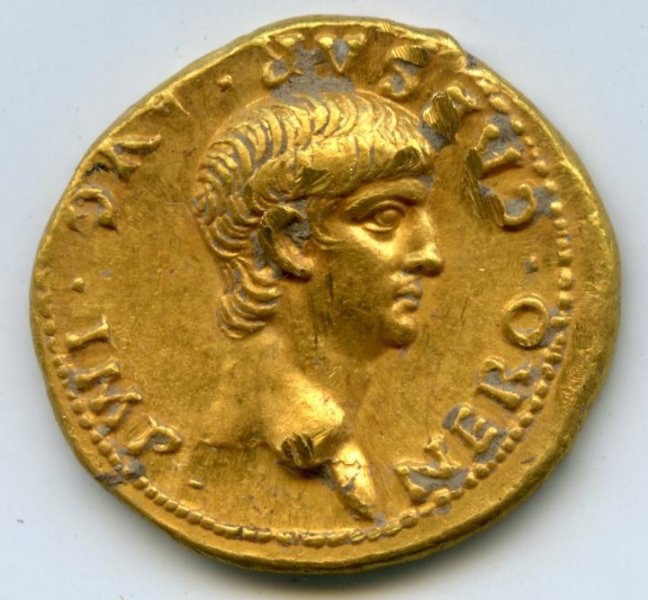 In a recent statement, archaeologists Drs. Shimon Gibson, James Tabor, and Rafael Lewis  gold coin depicting the face of Roman Emperor Nero was discovered in Jerusalem this summer. Archaeologists discovered the coin while excavating the site of several ancient villas believed to have been owned by wealthy priests of the era. The coin itself is believed to have been minted sometime around 56 or 57 AD, and is thought to have been dropped around 70 AD during the Roman conquest and subsequent destruction of Jerusalem.

UNC professor Shimon Gibson had this to say about the find “The coin is exceptional, because this is the first time that a coin of this kind has turned up in Jerusalem in a scientific dig. Coins of this type are usually only found in private collections, where we don’t have clear evidence as to place of origin.” The statement continued with Gibson remarking “It’s a valuable piece of personal property and wouldn’t have been cast away like rubbish or casually dropped. It’s conceivable that it ended up outside these structures in the chaos that happened as this area was destroyed.” The surrounding areas include several villas, one larger mansion, and a decorative or ritual pool.

We love stories like this because they illustrate some of the fascinating history behind our culture’s love and appreciation of gold. If you’ve got old coins and you want to sell them, or just see how much they’re worth. Give us a call, but if you happen upon a 2000 year old Gold Aureus like this one in Grandpa’s collection, maybe call a museum first? We’re sure they’d appreciate it.