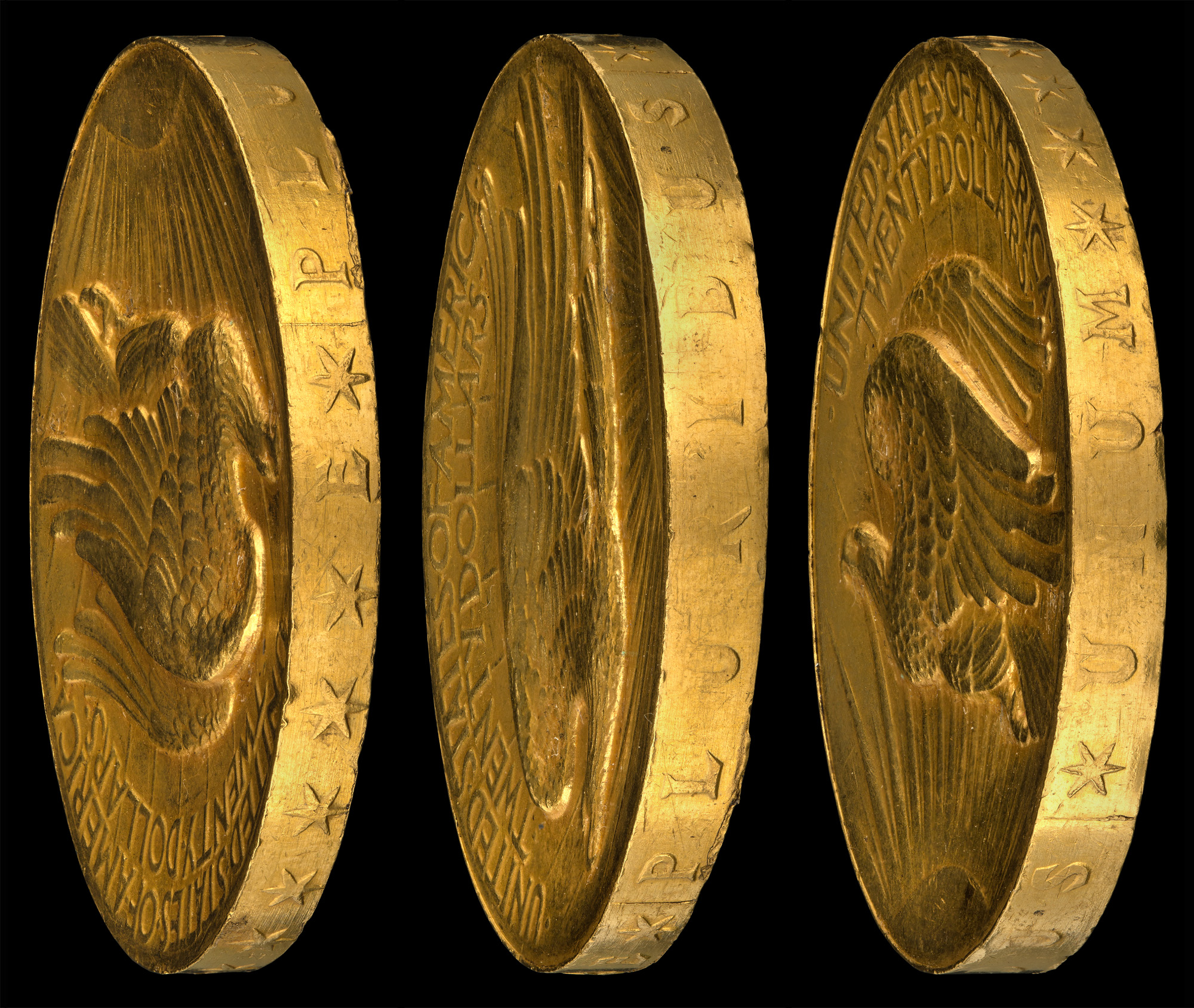 The American Eagle Gold Coin for sale today isn’t the first gold coin that the US has made. They started minting the first one, simply known as the ‘Eagle Gold Coin’, all the way back in 1792. It had a 10 dollar face value and, unlike the modern coin which is more a collectible coin, was in regular circulation.

That’s right, people actually paid for goods and services with gold coins. At that time, minting was a guarantee that the coin contained as much metal as it was supposed to, rather than how we see money today.

The practice of using precious metals in minting was completely normal. The practice came to the US from Europe, where it had been common practice since currency had been invented.

The metal used determined the value of coins. For example, the dime (originally ‘disme’) contained 1/10th of the silver content of the dollar. That was why it was 1/10th its value. The 3-cent nickel contained – big surprise here – nickel. It also contained copper, but I guess ‘nickel and copper alloy coin’ wasn’t quite as catchy. 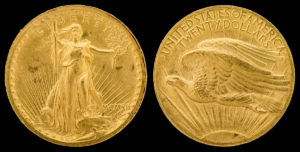 The gold double eagle was the highest denomination available. It was worth $20 US dollars – which was a small fortune back then.

There was one problem with using precious metals for coins, though. And that was that the prices of the metals could fluctuate independently of each other. This made it a headache to enforce their value. For example, at the beginning of the 20th century, the price of gold kept rising. This meant that it became increasingly interesting for people to melt down these gold coins and sell the metal on at a profit.

The government tried reducing the amount of gold in the coin to stop this practice. This became impractical, however. The price of gold soared during the First World War and the great depression (much like it spiked during the great recession in 2009). Finally, in 1933, President Eisenhower ordered the mint to stop making them.

To take advantage of the high gold price, the government decreed that all gold coins had to be given back. They gave the people paper money instead. The coins were then melted down and turned into bullion.

The coins in the US today, were generally spared because they were in oversea collections, like in Europe. 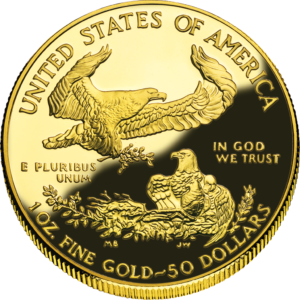 The more recent version of the coin, the American Gold Eagle was the brainchild of Congressman Ron Paul. He felt that the state needed a gold coin. Congress agreed and enacted the Gold Bullion Act in 1985. This was signed into law by Ronald Reagan and the coin entered circulation in 1986.

It too is legal tender, just like the original gold eagle. The 1 Troy ounce version (there are four versions 1/10, ¼, ½ and the 1 troy ounce) has an official value of 50 US dollars.

If somebody offers to use it in that manner, though, you should definitely take them up on the offer! After all, an ounce of gold hasn’t dipped below $1000 in value since somewhere before 2010.

(Before you rush off to buy them from the mint for 50 US dollars, they won’t sell them to you at that price. You’ll have to pay the gold price for it).

Made in the USA 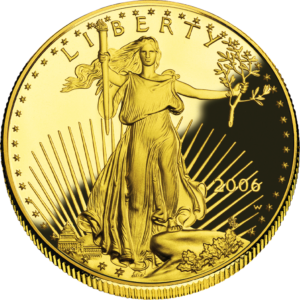 By law, all the gold used in the production of the coins has to come from within the US. The gold is 22 karat. That means it isn’t 100% gold, which you might have picked up on. It is an alloy. It contains 91.67% gold, while the rest is made up of silver (3%) and copper (5%). This mixture is known as English ‘Crown Gold’.

There is a good reason it isn’t sold pure. Gold is soft on its own and so if it was sold unalloyed there would be a good chance it would end up bent and disfigured. And as they’re quite beautiful, that would be a shame.

The Lady Liberty on the coin was designed by the famous American sculptor Augustus Saint-Gaudens. He created the design all the way back in 1907. He made it for the $20 dollar double eagle at the behest of Theodore Roosevelt. This design was then re-used for the modern American Eagle Gold Coin.

Sadly, Augustus never saw the finished product as he died before it was actually struck. Even if he had been alive, though, he might have been disappointed. You see, back in 1907, his design was so intricate to make that only 20 of his original design were minted. Even a simpler version, of which they made less than 13,000, was considered unfit for commerce as it didn’t stack well. I can see it would be hugely frustrating if your carefully counted stacks keep falling over. Of course, their rarity means that they’re sought after.

Interestingly, the original coin did not contain the words ‘In God We Trust’. This was because Theodore Roosevelt felt that putting the name of God on money that might be used for immoral purposes was wrong.

This caused a public outcry, however. And so, by an act of congress, the words were restored to the coin and are on the modern version as well. 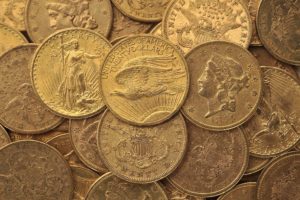 As already said, the coin has been around since 1986. Even so, in the twenty years they’ve been around, only 13 million have been minted.

Not that the year they were minted matters a great deal at this point. Generally, the price of the coins reflects the amount of gold that is inside – which is the same amount for all. This is why you can include them in your Individual retirement plan.

This isn’t possible with collectibles like other rare coins or paintings, as in their cases the value of the item is harder to establish. In the case of the American Gold Eagle, though it is far easy. All it takes is a look at the gold price of the day!

Don’t want to wait that long? Then get our Cash for Gold Mailer! We’ll buy and American Gold Eagles you have or anything else made of precious metal you’ve got lying around.